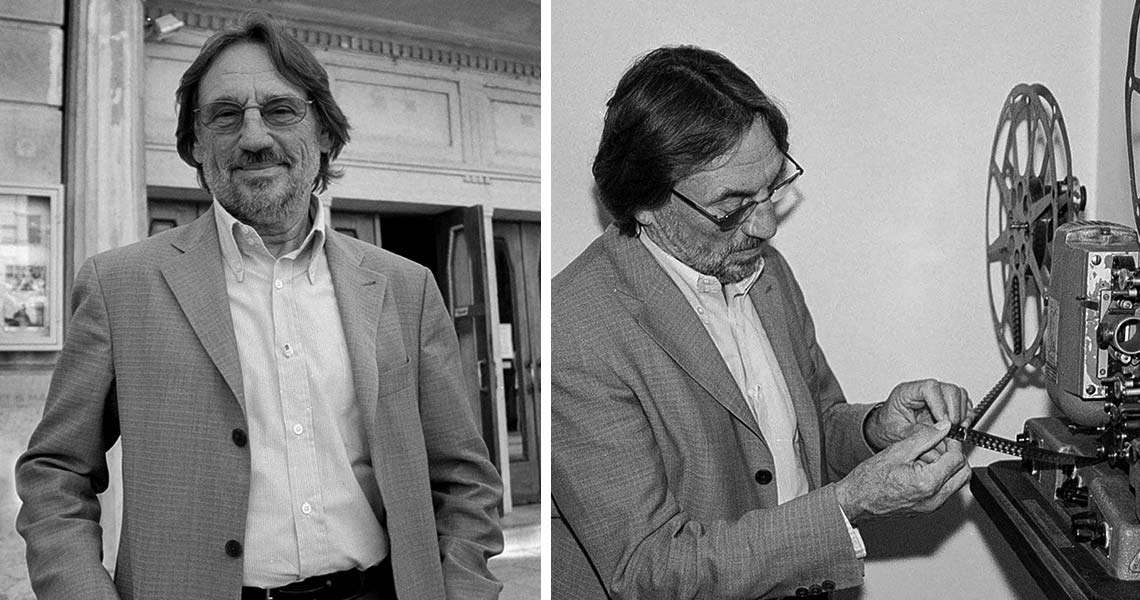 Vilmos Zsigmond is one of the world’s greatest cinematographer, a winner of Academy Award and Lifetime Achievement Award of the American Society of Cinematographers. For his career he were presented with Gold Medal of the Hungarian Republic and Hungarian Corvin Chain Award for Merit. He became a honorary citizen of his hometown Szeged in 2004.

Vilmos Zsigmond was born on June 16th, 1930 in Szeged where he lived until the age of 20. He graduated from the Piarist High School of Szeged in 1948. After his graduation he studied photography under Balázs Becsky in his studio in Kárász street.

„I retained many memories from the period of living in Szeged since things we experienced as a child remain deeply engraved in our mind. Széchenyi Square, the plane trees… Going on foot to school between Móraváros and Felsőváros of Szeged. It was a 45-minute walk, however, back to home a little longer because of playing on the streets. I still remember the old bridge designed by the architecture company of Eiffel that was exploded and never reconstructed. An other was built instead of the beautiful, old one. I can recall the memory of Rudolf Square. Fruits were offered there on market in the morning. Melons, peaches, grapes were piled up. All these disappeared from life today, but they are stayed in my memory.”

He studied cinematographic in University of Theatre and Film Arts, Budapest under György Illés, János Badal and Béla Bolykovszky. He graduated in 1955. During the Hungarian Revolution of 1956 he and his classmate László Kovács made many recordings in the streets of Budapest with a camera hidden in a shopping bag. After the Revolution he left Hungary.

Arriving the United States he worked in film labs first, later on he made educational films and short films for several years. He attracted attention from the early 60s with his accuracy, visual literacy and unconventional usage of camera. For that time the legendary cinematography school of György Illés was also noticed by the international film industry. Students from his school broke with old traditions of studio lighting. They found new, individual ways of expression with using and developing natural lighting techniques, plastic compositions and special camera movements.

„We were happy as we created the European-style movie in America.” – he said about this golden era.

He got the professional recognition with the movie of Robert Altman, titled McCabe and Mrs. Miller. In the film he faded pictures with laboratory processes to producing an atmosphere of old, faded photographs. From that time on, pale colors became important elements of his design. He applied this technique again creating special atmosphere for example in movies Deliverance, Scarecrow and The Deer Hunter.

He worked with a wide variety of the greatest directors including De Palma, Cimino and Schatzberg. He was also a co-creator of Spielberg.

In Sugarland Express he increased dramatic tensions with making recordings of a handheld camera. In the movie Close Encounters of the Third Kind he created a grandiose vision much earlier than the glory days of digital sci-fi art. For the cinematography of that movie he won the Academy Award in 1978.

In the 80s he filmed more comedies, in these he intensified humorous situations with special settings, lighting effects and camera movements (The Bonfire of the Vanities,  The Witches of Eastwick). It is interesting that he shows himself only for a moment in the movie Maverick in the role of a photographer typical of that time.

He worked several times in Hungary as well. He filmed there some parts of the movie Stalin as well as the opera film Bánk Bán. In 1990 he took a try of film directing. The movie titled The Long Shadow was made with his direction and with the cinematographic works of Gábor Szabó.

Vilmos Zsigmond was a cinematographer of about fifty movies. There is still not a day passed that television channels did not show a production from his outstanding cinematographic career.