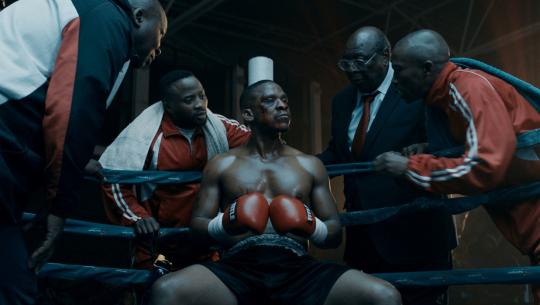 A slice of street life in South Africa’s Mdantsane township, known as the boxing mecca of South Africa, Knuckle City follows the journey of Dudu Nyakama (Bongile Mantsai), a down and out ageing boxer as he struggles to attain the one fight that he believes will uplift his fractured family. Contending that the underbelly of the boxing world is rife with criminality, Dudu unwittingly enlists the help of his reckless but resourceful, gangster brother who’s coming out of jail. Haunted by the ghost of their father, Dudu soon finds that the fight at home is far more challenging than any opponent he can possibly face in the ring.